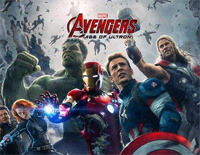 Free Avengers Endgame Official Trailer Music piano sheet music is provided for you. So if you like it, just download it here. Enjoy It!

Avengers Endgame Official Trailer Music
is obvious a piece of music from the upcoming American superhero film Avengers: Endgame. The film was announced in October 2014 as Avengers: Infinity War – Part 2. The Russo brothers came on board to direct in April 2015, and by May, Markus and McFeely signed on to script the film. In July 2016, Marvel removed the title, referring to it simply as Untitled Avengers film. Filming began in August 2017 at Pinewood Atlanta Studios in Fayette County, Georgia, shooting back-to-back with Avengers: Infinity War, and ended in January 2018. Additional filming took place in the Downtown and Metro Atlanta areas and New York. The title was revealed in December 2018.


Meanwhile, we also offer The Avengers sheet music for you to download
[ + More Information ]