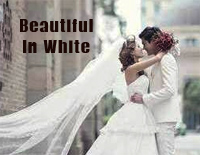 How to install ActiveX?
0

Beautiful in White
is a song by Irish boy band Westlife. The band was formed in July 1998 and disbanded in June 2012. Originally signed by Simon Cowell and managed by Louis Walsh, the group's final line-up consisted of Nicky Byrne, Kian Egan, Mark Feehily and Shane Filan.Brian McFadden was a member from July 1998 until his departure in March 2004.