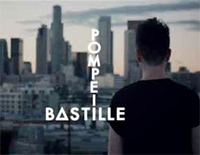 How to install ActiveX?
2

Pompeii EOPM is provided for you and if you think it can be optimized such as adding the dynamics etc, welcome to provide us with the more perfect Pompeii EOP and EOPM!

Pompeii
is a song by British rock band Bastille. It is the fourth single from their debut studio album Bad Blood and the first to get major airplay and promotion. The song was released as the album's fourth single on 11 January 2013.