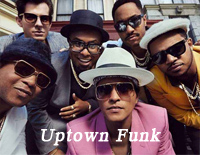 Uptown Funk EOPN is provided for you and you can open it with EOP NMN Follow ME plugin to play Uptown Funk piano by following it. Enjoy Now!