Ain't Nobody (Loves Me Better) 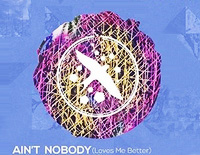 Ain’t NobodyEOPN is provided for you and you can open it with EOP NMN Follow ME plugin to play Ain’t Nobody piano by following it. Enjoy Now!

Jasmine’s acoustic cover version of Chaka Khan's original Ain't Nobody reached number 32 on the UK Singles Chart. This success lead to Ain't Nobody being featured in an advertisement by Sainsbury's. The remixed version from Thompson was then remixed by DJ Felix Jaehn in 2015, and became a huge hit, peaking at number 2 in the UK.