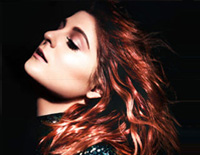 I Love Me EOPN is provided for you and you can open it with EOP NMN Follow ME plugin to play I Love Me piano by following it. Enjoy Now!


I Love Me is a song by American singer-songwriter Meghan Trainor, recorded in her second major-label studio album named Thank You. The album was released exclusively on Apple Music on May 6, 2016, and was fully released on May 13, 2016, through Epic Records. Trainor is scheduled to embark on The Untouchable Tour in support of the album, starting in July 2016.