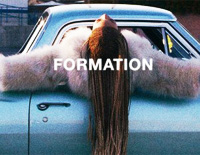 Formation EOPN is provided for you and you can open it with EOP NMN Follow ME plugin to play Formation piano by following it. Enjoy Now!


Formation is a song recorded by American singer Beyoncé for her sixth studio album Lemonade (2016). It was written by Khalif Brown, Jordan Frost, Asheton Hogan, Mike Will Made It and Beyoncé and produced by the latter two alongside Pluss.