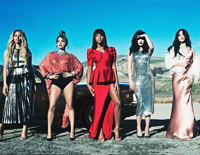 The Life EOPN is provided for you and you can open it with EOP NMN Follow ME plugin to play The Life piano by following it. Enjoy Now!


The Life is a song by American girl group Fifth Harmony. It was released as the first promotional single on March 24, 2016 from the group's second studio album, 7/27.


The Life was written by singer Tinashe with Alexander Kronlund and Lukas Loules. Loules also produced the song. The song has charted in the United Kingdom and Scotland, peaking at number 97 and 44 respectively as well as reaching number 1 on the Billboard Bubbling Under Hot 100 chart.