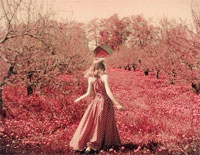 Homecoming EOPN is provided for you and you can open it with "EOP NMN Follow ME" plugin to play "Homecoming piano" by following it. Enjoy Now!

Homecoming is composed by Jon Schmidt who is an American pianist currently residing in Bountiful, Utah. He describes his style as "New Age Classical." He was born to German immigrants who acquainted him with the works of such composers as Beethoven, Mozart, and Chopin. He began songwriting at age 11. To date, he has released eight albums and seven piano books containing transcriptions of original arrangements.